The Story of my Hat

Last night, I attended the Toronto Knitters Guild meeting. Those are always fun and entertaining and I enjoy sharing knitting talk with passionate makers.

A few of us met for dinner beforehand at L'Espresso and one of the knitters showed us her fabulous hat! I made a joke about MY little hat- I'm sure hers took 300 hours to make and mine took 3!


My friends encouraged me to show the item during Show-and-Tell because the beginner knitters in the audience should see some simple works to inspire them.

So my little hat was featured during that segment of the meeting! 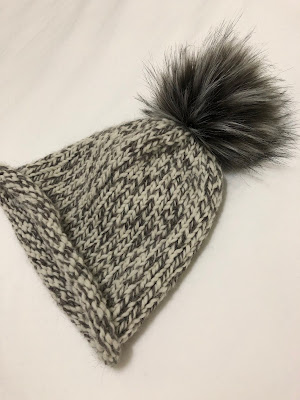 I used Lana Grande, a Peruvian Highland Wool distributed by Cascade Yarn. It didn't look that great in the ball but I had used that yarn before for a hat I gave away and it had worked out well so I bought this ball for half the price- yes, Kyle Vey of Vector Knits,  sometimes a good price influences me to buy a yarn.

The candy-cane effect of the yarn (white and grey) looked smashing as it was knit up! 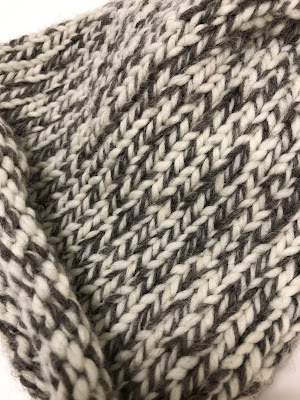 I showed a trick for putting on a pompom. 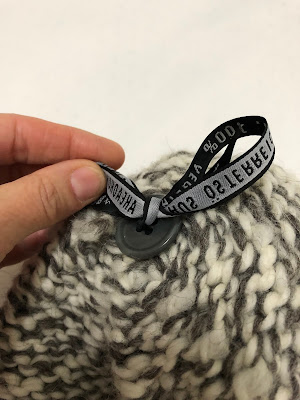 Insert the two legs of the pompom on either side of the closure hole and run them through a large button. Tie a bow. This helps the pompom from flopping around. 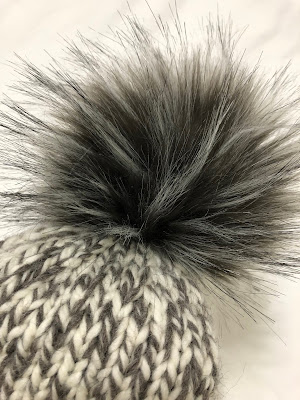 My pompom is a fake fur one...I thought I was being ecological but my daughter who works in fashion in Paris said those are the worst!! Made of plastic, very bad for the environment. I should source out real fur from reputable companies that have their own fur farms and treat the animals in a  humane way.

Well, I am not getting a fur pompom from Louis Vuitton for my $6 hat!

Food for thought, though!

Posted by Sandra Reford at 7:45 AM